There is no shortage of ways to showcase a design’s interactivity with the numerous prototyping tools available to designers. We will take a look at the top 10 latest tools of the trade that can help UX/UI designers to develop the ideal interactive model for their design or product concept.

Adobe XD is one of the most go-to apps among UI/UX designers as an all-in-one prototyping tool for building wireframes, interactive prototypes, website designs, games, mobile applications, voice interfaces, and a lot more. It allows teams to work together among platforms in a real-time manner while receiving valuable comments and feedback from clients directly.

Adobe XD is available both for Mac OS and Windows. It also supports seamless integration with other Adobe products being the newest addition to Adobe’s Creative Cloud Suite. 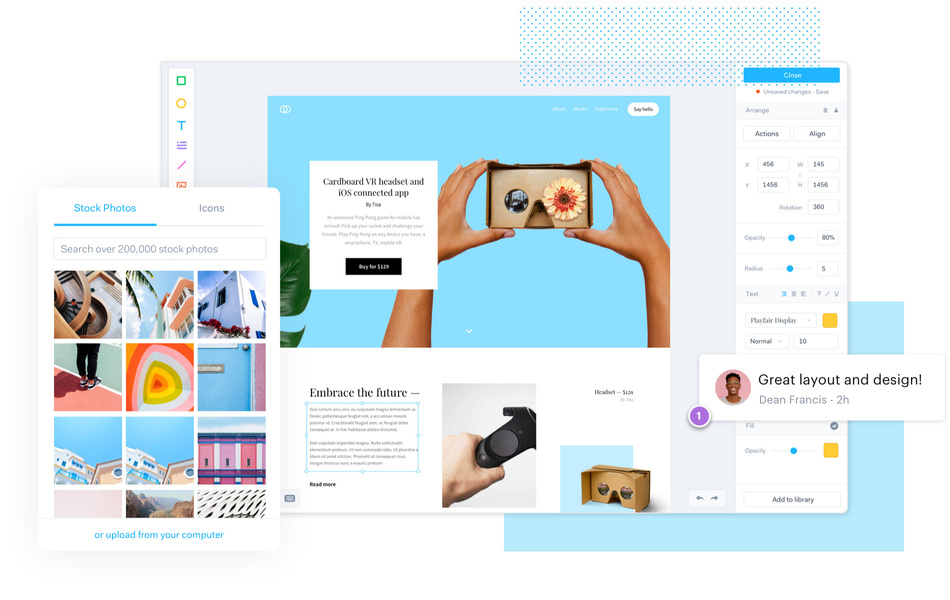 Marvel is a simpler and user-friendly cloud-based solution to create a realistic interface and design specifications. Building interactive mockups to bring every designer idea to life is possible through its pre-built templates and design tool equipped with limitless stock photos and icons. Designers can create prototypes for Desktop, Android, and Apple Products and also features Sketch plugin and iOS tool.

Marvel is a centralized workspace where designers and clients can validate every stage of the design process. 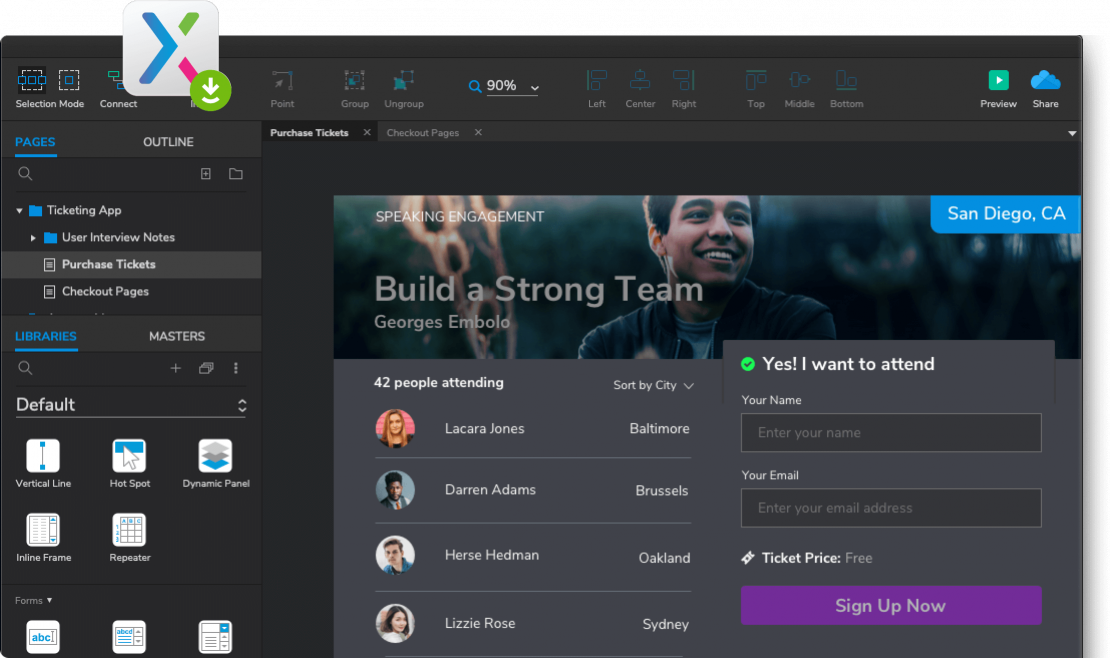 This platform also facilitates comprehensive documentation, automated redlines, and better handoff to developers without the need for any codes. 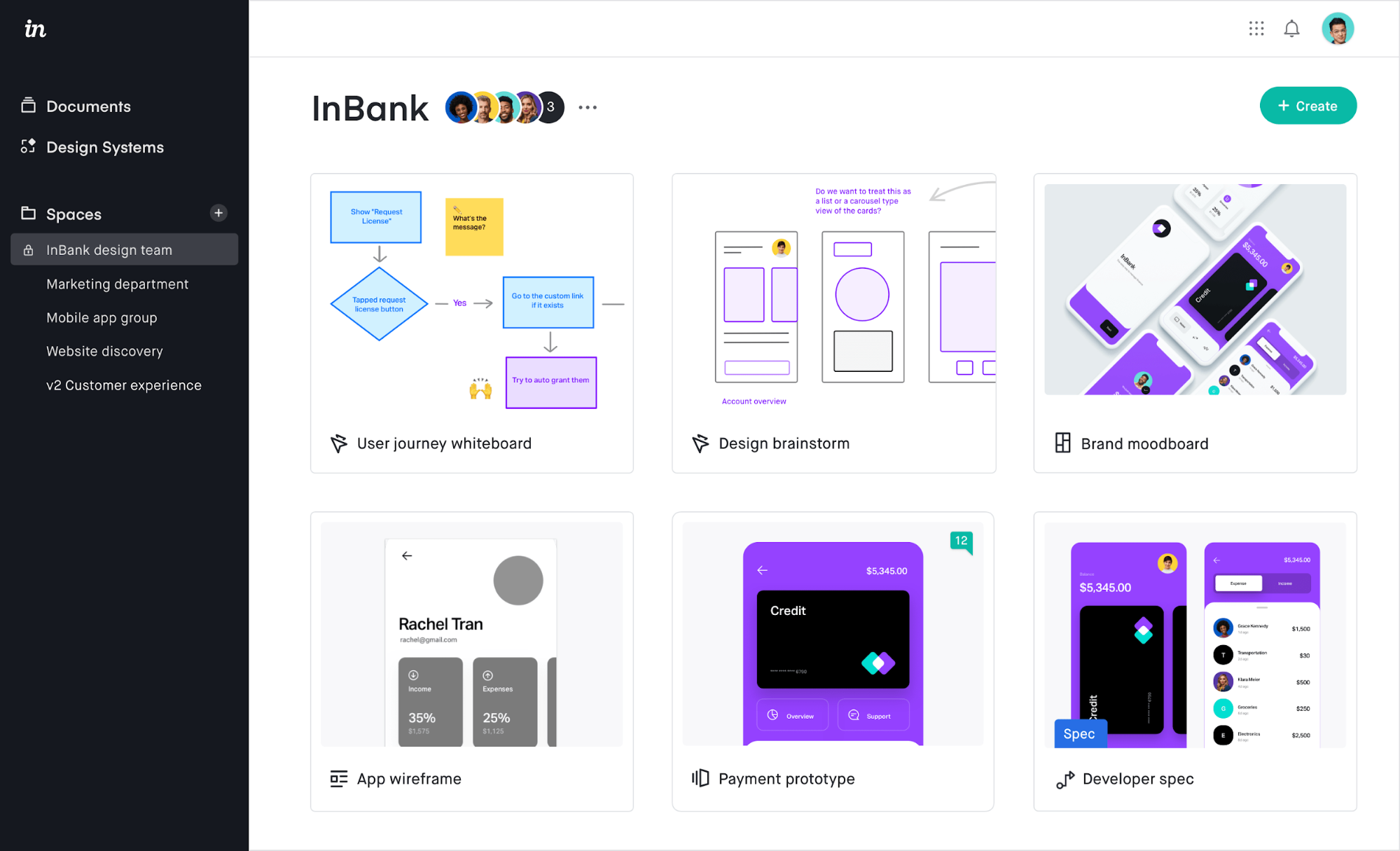 InVision is one of the biggest, and most popular prototyping tools used by designers and top enterprises today. It supports compatibility in multiple file types and has a click-and-drag function that enables the designer to efficiently create high fidelity prototypes. By using a background eraser, you can easily upload transparent images, then add some animations and transitions.

Project collaboration has been simplified because the team can see real-time design changes and gather feedback quickly while allowing designers to organize the design list through its drag-and-drop workflow. InVision has a well-established reputation that continuously seeks to help designers prototypes by constantly providing new features to increase efficiency.

If you are looking for a design tool that features simple and rapid prototyping, Framer best suits you. Framer is best known for its flexibility, interactive designs, realistic prototypes, and responsive layouts. It will widen designer dynamics from the usual drag and drop designing because it is a code-based prototyping tool that uses CoffeeScript to build prototypes.

Framer offers live device previews, well-written documentation, and harmonious workflow since it is backed up by code. It is also equipped with multiple tutorial videos that can help users learn this highly-rated tool. 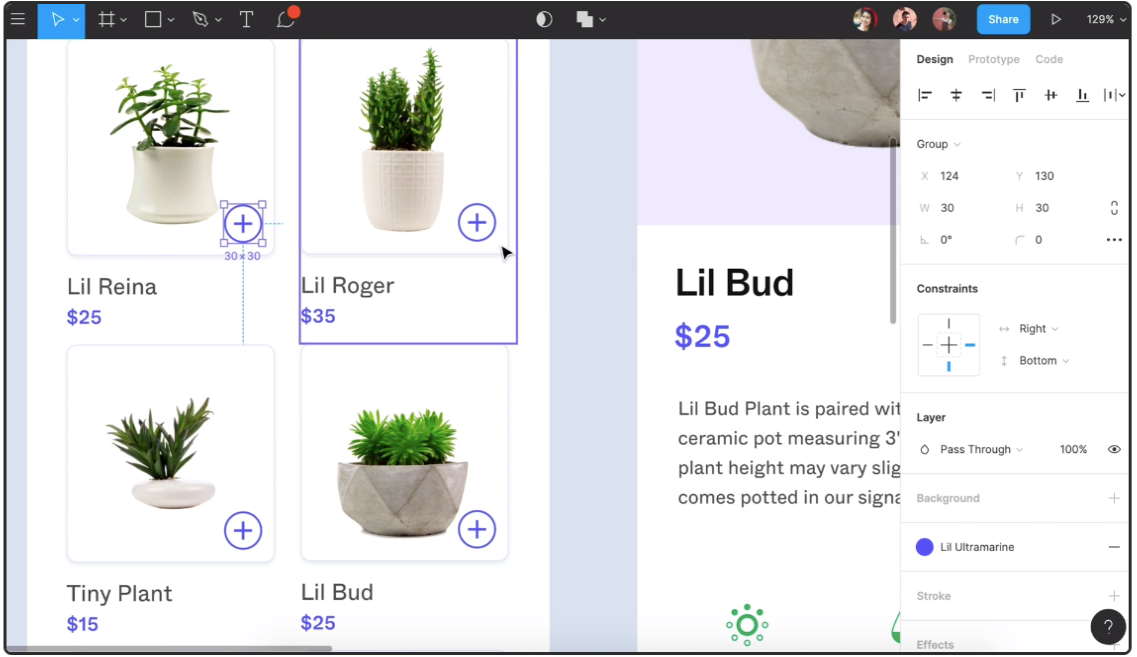 Figma is the latest addition to the growing prototyping tools that designers and mainly design teams use to prototype. It is a one-tool solution that consists of powerful modern features where a team can collaboratively create a flexible and accessible design from start to end. Additional features include plugins such as Figmotion and Autoflow plus the availability of Arc Tool and Vector Networks.

Figma is easy to use, quick to share and offers exceptional value for money. It has truly risen to the occasion that gains the attention of designers looking for manageable web-based tools around the online market. 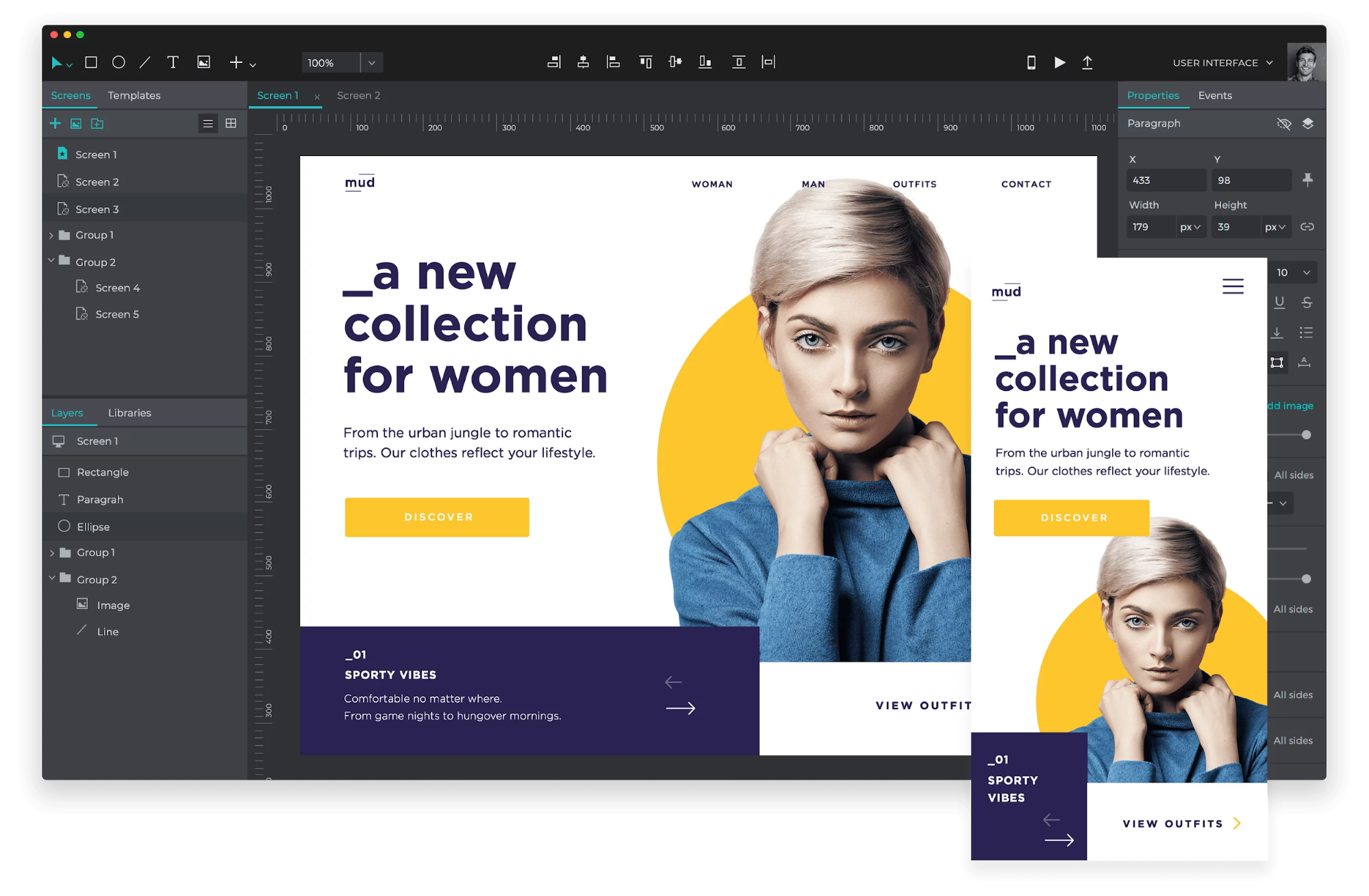 Justinmind is a prototyping tool that enables the designer to focus on user experience. It is ideal for creating wireframes and responsive prototyping to adapt to multiple screen resolution. Designers can make full use of its full range of templates and UI libraries to build high-fidelity prototypes. It also allows them to work with smart forms and data lists, even with zero coding knowledge.

Justinmind comes with several tutorials and guided videos for all levels. And the best thing about this is it allows designers to work offline, and its compatibility with both desktop and mobile devices. 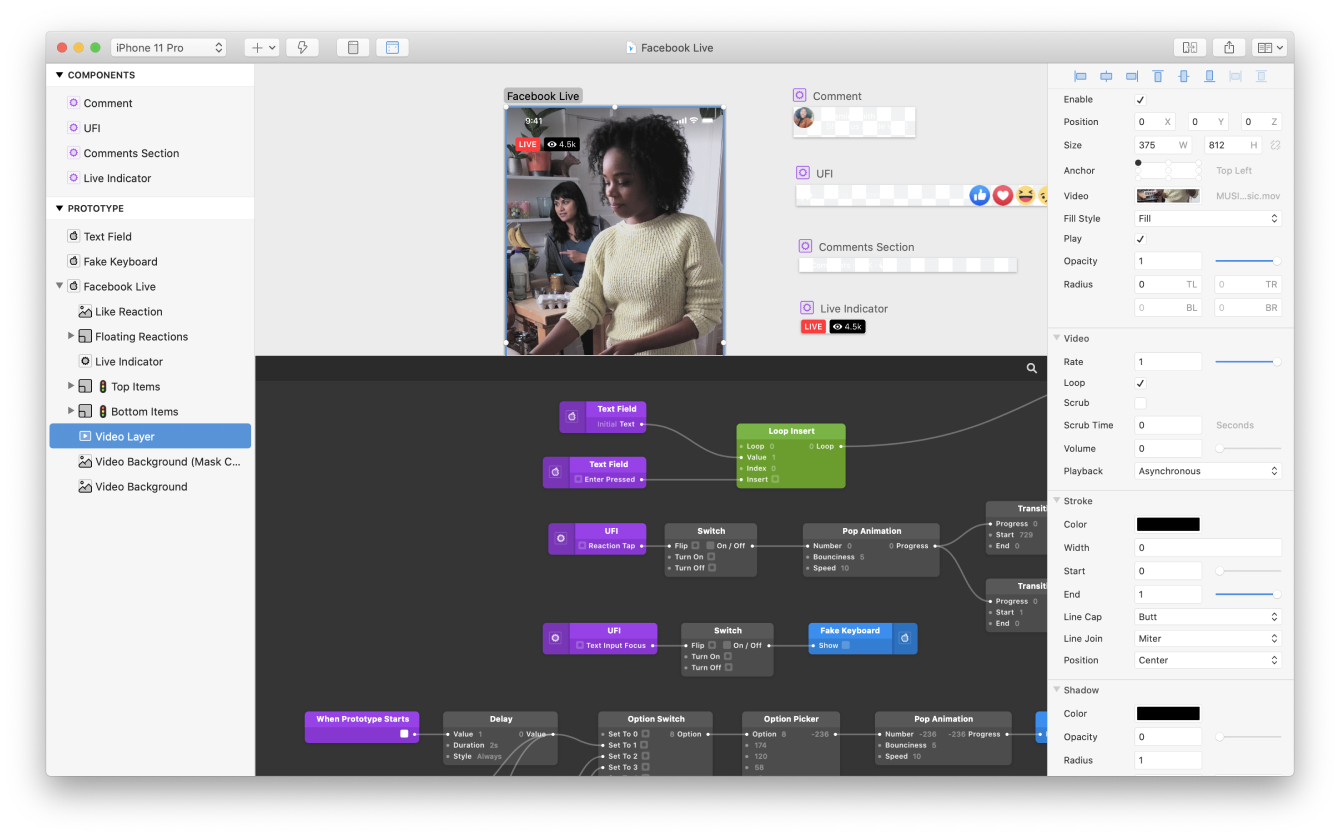 Origami has already gone a long way since it was developed and used by the designers of Facebook. It has established its prominence among the current prototyping solutions, and this interrelation also contributes to the conception of famous applications such as Messenger and Twitter. Origami is equipped with pre-built components that designers can use to create sophisticated prototypes.  It predominantly concentrates on mighty animations and features “export code” functions that allow visual designs to be converted to written codes.

Origami comes with Origami Live, a platform where prototypes can be easily shared and previewed. And as a way for Facebook to give back to the community, Origami can be used and downloaded all for free. 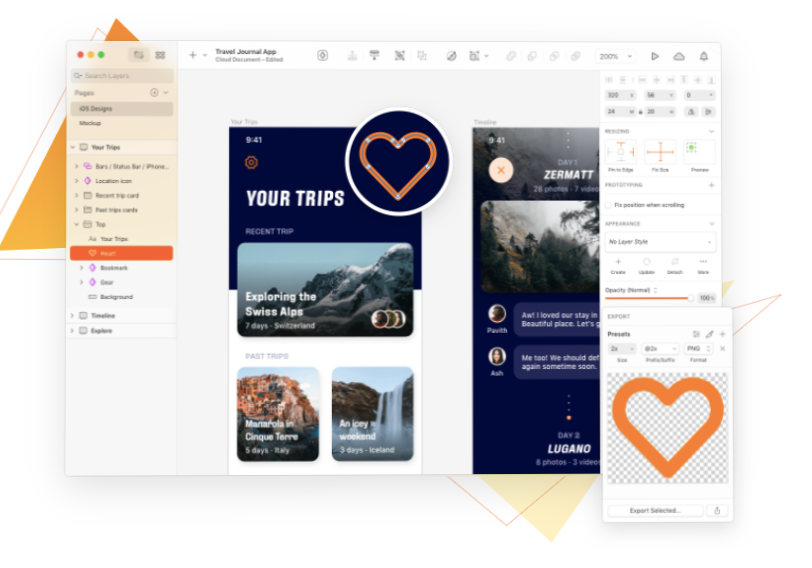 Sketch is one of the most commonly used user interface and prototyping tools by millions of designers around the world. It is a vector-based designing tool with an intuitive interface to edit styling, sizing, and design layouts and attributes a depth variety of borders, gradient fills, blending modes, and more. It supports a smooth design process where designers can create high-quality prototypes in just a couple of minutes.

Sketch empowers designers to turn ideas into incredible artworks. Though it was specifically built for Mac OS, it supports hundreds of plugins adding flexibility to this powerful tool. 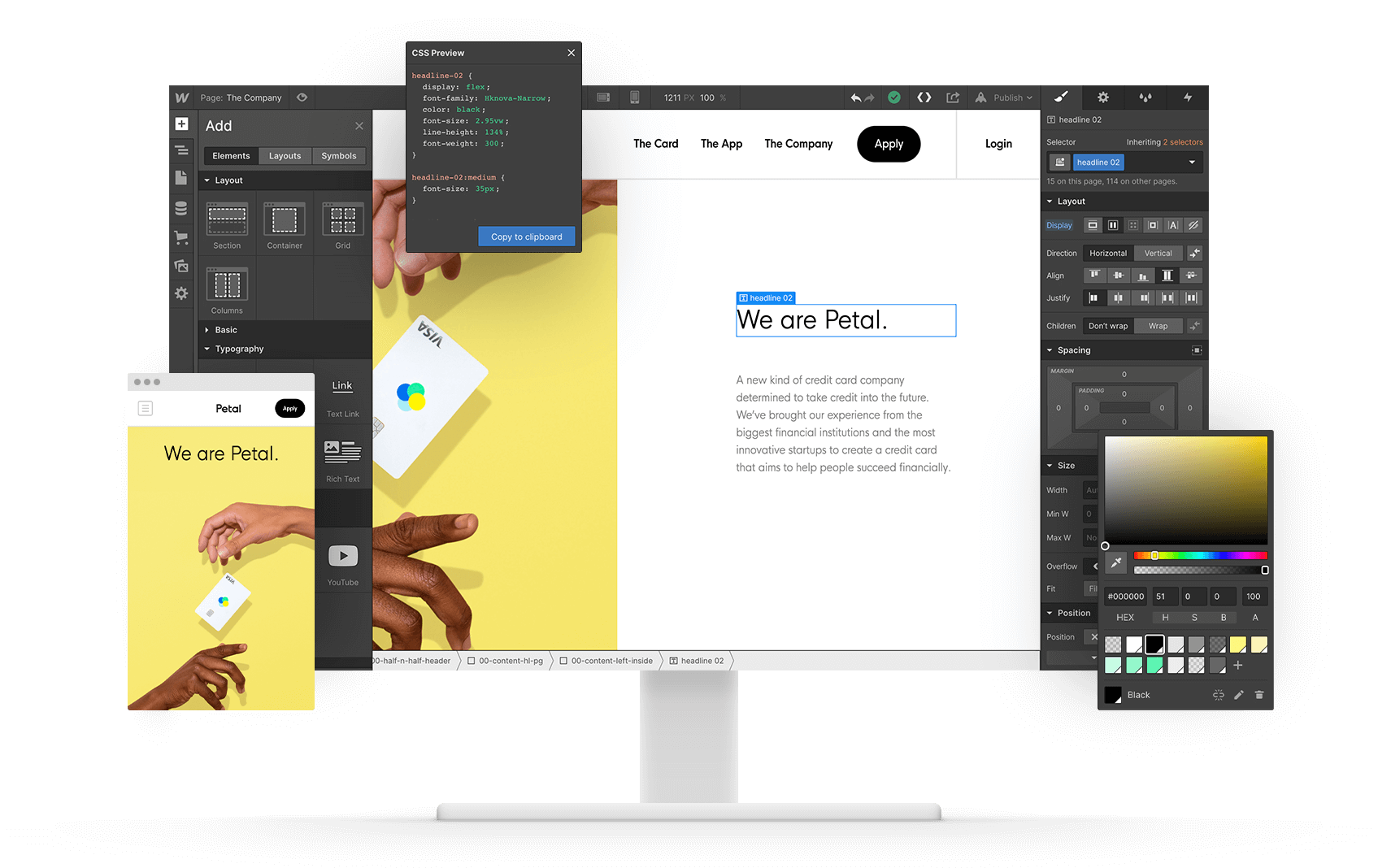 Designing a prototype while simultaneously building a live website were both made possible by Webflow. Webflow is a prototyping tool well-known for the creation of responsive websites with zero codings. Designers can use its pre-built complex elements to create high fidelity prototypes on which Webflow can convert into a production-ready website in just a click of a button. It also speeds up the job of developers because it provides a clean and semantic code.

Webflow also features the development and deployment of fresh marketing strategies without disrupting the production team. It’s an ever-reliable tool trusted by tech Giants Dell and NASA, to name a few.

As the variety and range of solutions increases, the expectation for designers also rises. Designing sometimes demands more than designers can bring to the table. It requires a lot of hard work and creative thinking.

That’s why it’s important to figure out the best available prototyping tools and understand how they function and their dynamics to meet your need to help you deliver what the client and your standards expect. We hope the above list suits your need and preference to achieve the best designs you want to create.