When someone visits a website, they typically have a goal in mind, and a certain expectation that they plan to achieve. User tolerance isn’t infinite however: aggrevate a viewer too much, and they will give up their goals eventually. 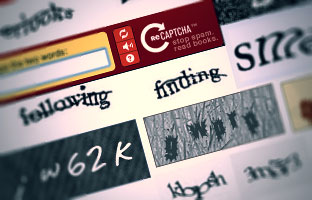 Strangely enough, we’ve invented a standard that’s been proven to do just that. CAPTCHA (or Completely Automated Public Turing test to Tell Computers and Humans Apart) is a method that we employ on websites to verify that a user is a human instead of, say, spam bots or some other malicious software pretending to be human. CAPTCHA’s are frequently used in user registrations, comment submission forms, and many other interactive online interfaces.

It’s absolutely clear that CAPTCHA’s reduce spam, but at what cost?

How often will a user give up in a situation when presented with CAPTCHA? A recent case study from SEOmoz suggests that nearly 3.2% of all conversions were losts over a 3 month period on 50 websites when CAPTCHA is used to verify one is human. Other studies have reported similar potential losses in sales, some as high as 10% in failed conversions.

No one likes SPAM, but is the cost of lost sales worth deferring potential customers?

Another cost of CAPTCHA is that it may defer users from interacting whatsoever. Just like a reader may turn down reading a lengthy post on a blog based on it’s perceived size, a user may decide not to fill out a form where a CAPTCHA is involved based simply because they see it as taking extra time.

Even the users who decide to use the CAPTCHA won’t stick around long if they fail the test 2 or 3 times. For Users, CAPTCHA does not fit into their set of expected tasks when they’re attempting to accomplish their goals online. It’s just another barrier between them and what they want to happen. In short, a CAPTCHA slows users down, and provides less satisfaction than the alternative.

The average CAPTCHA is a string of warped/distorted text as an image. This distortion makes it very hard for a computer to recognize a string of characters, but a human can usually match the text in the image in a submission form. People who are blind or have poor vision however will have no way of knowing what the text is.

Some sites have begun adding audio alternatives for visual CAPTCHA’s, but there is still distortion which can make identifying yourself as human difficult.

Should You Use CAPTCHA?

It’s obvious that CAPTCHA’s are less than ideal, but they remain to be a necessary evil until a better alternative has been proven. For the time being, this question should probably be answered case-by-case.

Before employing a CAPTCHA, consider alternatives and also consider the potential cost of a human verification test. Will a CAPTCHA harm your business? Will it defer more users from interacting with your site? It may be worth doing an A/B Split Test to find out for sure.

What other ways are there to verify if a user is human? Do you know of any alternatives that have proven effective for yourself?