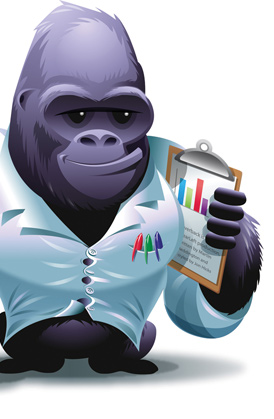 Traditionally, usability testing has been laborious to do professionally. Someone interested in the formal practice would need to buy a video camera, some expensive software, compose a script, and proctor a number of exams in which carefully chosen subjects completed a number of carefully chosen tasks. Today, a piece of software called Silverback seeks to help Usability enthusiasts get there with a baseline feature set and no additional hardware.

Silverback is a “guerilla” usability review application. What does that mean? It means usability for the rest of us. It means handing a review on your own computer and at your own pace. No rigorous learning curves. It’s a piece of software aimed at empowering the people that develop applications. From their website: [Silverback provides] spontaneous, unobtrusive usability testing software for designers and developers.

At the UXBooth we’ve used Silverback in a more or less “solo” way. When a site is in the queue to be reviewed, we will each review for the site in a 15-20 minute session, recorded using Silverback. This enables us to have an archive of our first visit to sites and how we explore them.

Of course, this approach also has its caveats: we don’t run through (or for that matter prepare) a script of any kind before we visit a site—that’s kind of the point of the review, though. Most of our Silverback sessions are fairly simple: we don’t set chapter markers and we don’t really have need for the notes or “click-tracking” bits of the software. Although this means that our use of Silverback is a touch limited, we have had a chance to get a feel for one of many use cases.

Silverback in the wild

First, here’s an idea of what the application looks like: 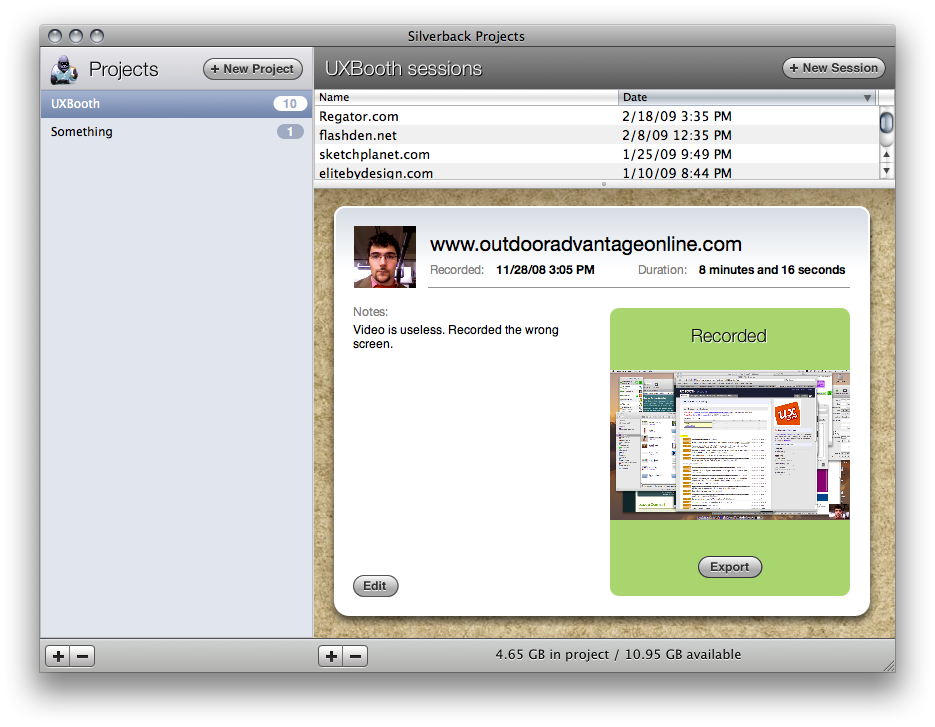 The dashboard of Silverback

Next, I’d like to examine how we used Silverback. Our workflow involved: creating a project, recording the video, and exporting the video. Let’s go through each of these in order.

For the most part, Silverback is an application that does one thing, and it does it really well. What’s better is that it doesn’t have a plethora of buttons or menus or preferences: it just works. The least tech-savvy member of our group, Redd, says that using Silverback to do her reviews requires “practically no effort.” In this case, we agree that Silverback is a pleasure to use.

I like the design of the system. It is very elegant and well put together. There is a lot of added functionality that I haven’t played with yet but I feel as though it has almost everything that I could ask for.

Silverback doesn’t tell you which screen it’s recording. In the worst case, this can lead to a recording of your external monitor and therefore a useless test. Because we only use the audio from our tests, this wasn’t an issue the first time it happened. The second time it happened, it occurred to me that Silverback actually records the screen that has the Apple menu bar across the top. I believe that the screen being recorded should be made apparent before the user hits record. Redd suggests implementing a “test” button to this effect, that lets people preview their sessions.

Silverback is very slow to export movies. To add to this, the program doesn’t let you preview video you’ve just recorded, so you’re required to export a video to see it’s contents. That’s just wrong. This is clearly an area that needs improvement. Ideally, there would be a way to quickly scrub the video and add drawings/comments to various sections.

Finally, I would like to see support for multiple users (like at, say, the UX Booth). Presently, Silverback does a great job at facilitating a “one man show.” But I’m more interested about having multiple people review a site and contribute in their own way. Also, support for iterative reviews would be quite helpful; some way of tracking a particular feature over a course of time. Maybe tags would make this helpful.