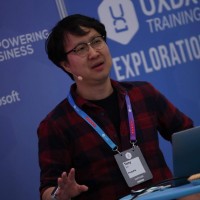 Tony Kim is the CEO and co-founder of Studio XID Korea Inc., the company behind the award-winning prototyping tool ProtoPie. Kim jumpstarted his design career at Naver, Korea's own counterpart of Google, where he was the UX team manager and senior designer leading major projects in both Seoul, Korea and Beijing, China. Later on, he moved to Google where Kim played a major role in designing new digital products for Google Search aimed at a global audience. After being at Google for almost half a decade, he decided to start a company of his own fulfilling his dream of making the easiest highly interactive prototyping tool that would empower digital product designers all over the world.

Let’s Talk About More Than the Weather